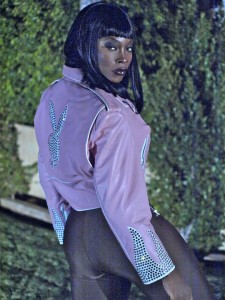 After a short break, Veteran Nigerian movie producer Zeb Ejiro is planning her return to Nollywood with a movie titled ‘Queen of the Jungle’.

The movie is reportedly worth $2Million (N320million), an impressive sum for a Nollywood movie.

‘Queen of the Jungle’ will be shot in Nigeria and in the United States of America.

The $2M movie will feature ‘top actors and actresses’ in Nollywood and Hollywood.

The full cast line up has however not been announced.

Reports have it that the lead role will be played by Nigerian Model Ifeadinwanma Ikeh, who is based Beverly Hills. She also doubles as the writer of the movie.

‘Queen of the Jungle’ is based on Ifeadinwanma Ikeh’s true life story.

Queen of the Jungle is about a young married Nigerian woman who finds herself in a foreign country, facing challenges while trying to blend into the society.