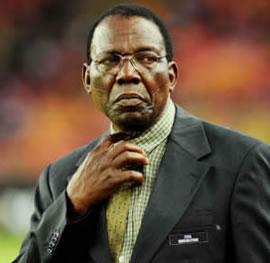 Former Nigeria coach Adegboye Onigbinde has said that it was the Nigeria Football Federation that needed foreign administrators rather than the Super Eagles needing a foreign coach.

He said, “What we need most in Nigeria are foreign administrative advisers. If we have serious administrators, it is their responsibility to assist our coaches. I keep asking them what they have done to improve coaches.”

The Modakeke high told the gathering at the National Institute for Sports in Lagos that he had nothing against former Eagles coach, Samson Siasia, saying he was only trying to help the former Nigeria international succeed as a coach. He explained that the way Nigerians are managed by the NFF was far from being good.

He said, “Why do people feel there is a feeling of animosity between me and Siasia? My concern has always been that things should be done right and that is where I always get into trouble with some people.

He said he only stepped aside as a member of the NFF Technical Committee ‘because I had been made redundant.’

Onigbinde reportedly resigned his membership of the committee apparently due to happenings in the committee but the NFF rejected his resignation.

However, he said he only ‘stepped aside’ due to behind — the — scenes machinations in the football governing body.