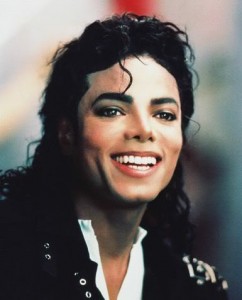 Sony says a number of Michael Jackson tracks have been stolen after its website was hacked.

The company will not confirm how many tracks or what material was taken in the online attack.

The first tracks came out with the release of a posthumous album called Michael in December that year.

The singer, who died in June 2009 at the age of 50, had recorded unreleased duets with artists ranging from the late Freddie Mercury and Black Eyed Peas singer will.i.am.

In April last year Sony’s PlayStation Network was hacked and the company admitted that the personal details of more than 70 million people may have been taken.

The hack of Michael Jackson tracks is said to have taken place soon after that but has not been revealed until now.

The Sony Music site also hosts tracks by other artists including the Foo Fighters, Olly Murs and Avril Lavigne although it is still unclear whether they are affected.

Two men from the UK have appeared in court to deny computer misuse and copyright offences.

James Marks, 26 and from Daventry, and 25-year-old James McCormick from Blackpool, were arrested last May and are due to stand trial in January 2013.

Sony Music paid the late singer’s estate over $250 million (£158 million) for the back catalogue in 2010 and released the first swathe of tracks from it at the end of that year with the posthumous album ‘Michael’.

“Everything Sony purchased from the Michael Jackson estate was compromised. It caused them to check their systems and they found the breach. There was a degree of sophistication. Sony identified the weakness and plugged the gap.” A source said.

The source added that the second breach happening so soon after the first “would have made investors and artists think, What other part of Sony isn’t secure?”