The Nigerian authorities on Thursday accepted a letter of apology from the South African government for deporting 125 Nigerians on the 2nd of March saying that they didn’t have the relevant health documents to enter the country.

“We apologise for this unfortunate incident and we hope this matter will not in any way affect our bilateral relations,

“We’ve put into place certain mechanisms to ensure this doesn’t happen again, and we believe that this matter is closed,” the South African deputy foreign minister Ebrahim Ebrahim told reporters in Pretoria.

Nigerian authorities reacted angrily to the deportations and retaliated by deporting 131 South African nationals. Senators even threatened to sack all South African companies in the country.

The Nigerian authorities insisted that the health documents demanded by South Africa were unnecessary as the nation is yellow fever free.

The Nigerian Foreign affairs minister Hon. Olugbenga Ashiru said he had accepted the apology, saying a South African envoy was expected soon to formally apologies for the row.

“I will be sending a letter back to my counterpart in South Africa accepting the apology” on behalf of the Nigerian government the Foreign Minister told reporters today in Abuja.

“Thereafter we will move quickly to ensure that we put machinery in place so that it will be a lasting solution, because we don’t want this to happen again because of our bilateral relations,” Ashiru said.

“We felt it was un-African to have deported well over 125 Nigerians in a space of two days,” Ashiru added.

Ashiru had on Tuesday accused the South African authorities of targeting Nigerians.

Nigeria had been certified as free of yellow fever by the World Health Organization, the minister said.

“That is why countries in Europe and the US do not demand yellow fever cards from Nigerian travellers,” he added.

Ebrahim said South African officials had agreed to reopen an airport clinic that would allow travellers to receive yellow fever vaccines on arrival. Immigration officials will also need a foreign ministry official’s consent before turning away large groups of travellers. 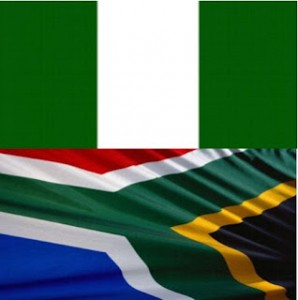 “Cabinet expressed shock and regret at the reports regarding how African foreign nationals, particularly Nigerians, and other nationals from other parts of the world have been treated” at Johannesburg’s main airport, minister in the presidency Collins Chabane told reporters in Cape Town earlier Thursday.