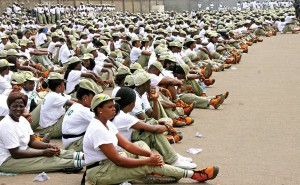 Due to the recent bomb attacks in Kano and Kaduna states, the National Youth Service Corps (NYSC) may individually relocate corps members from the states for security reasons.

The Deputy Director, Public Relations of the NYSC, Mr. Peter Atilola, told SUNDAY PUNCH that though there was currently no plan to withdraw corps members en masse from the two states, corps members serving in those states could apply individually to be relocated on the grounds of worsened security situation.

“For now, there is no plan for relocation of corps members from Kaduna and Kano states, but if any corps member feels he or she is not safe in these places, he or she can apply and would be relocated,” he said.

It would be recalled that the Minister of Youth Development, Bolaji Abdullahi, had ordered NYSC not to post corps members to Borno and Yobe states late last year when there were frequent bombings and gun attacks by suspected members of the Boko Haram sect, resulting in the death of hundreds of people.

The corps members who were initially posted to the states were directed to observe their orientation exercise in Benue and Nassarawa states, and were reposted to all states of the federation, except for Borno and Yobe States.

With some deadly bomb attacks in the past few months including Easter bomb attack which killed about 40 people, the security situation has drastically worsened in Kaduna and Kano states, resulting in some residents relocating to other parts of the country they considered safer.

The Special Adviser to the minister, Mr. Julius Ogunro, told SUNDAY PUNCH that the policy of the Ministry for Youth Development on the security of corps members remained that corps members would not be posted to any part of the country where their security could not be guaranteed.

Ogunro added that the policy would be applied to any state of the federation, just the way it was applied in the case of Borno and Yobe states.

In a recent interview with journalists, Abdullahi said the security of corps members was very important to Federal Government, noting that “the youth service scheme is not worth the life of anybody.”

He said, “One of the major initiatives we have taken is to develop a security alert system that maps the country—some kind of early warning—and to take decision on posting of corps members based on our awareness of the security circumstances in various locations.

The minister also stated the NYSC would not have orientation camps in places where there was real and potential security challenge and would not post corps members to such places until there was an evidence of significant improvement.