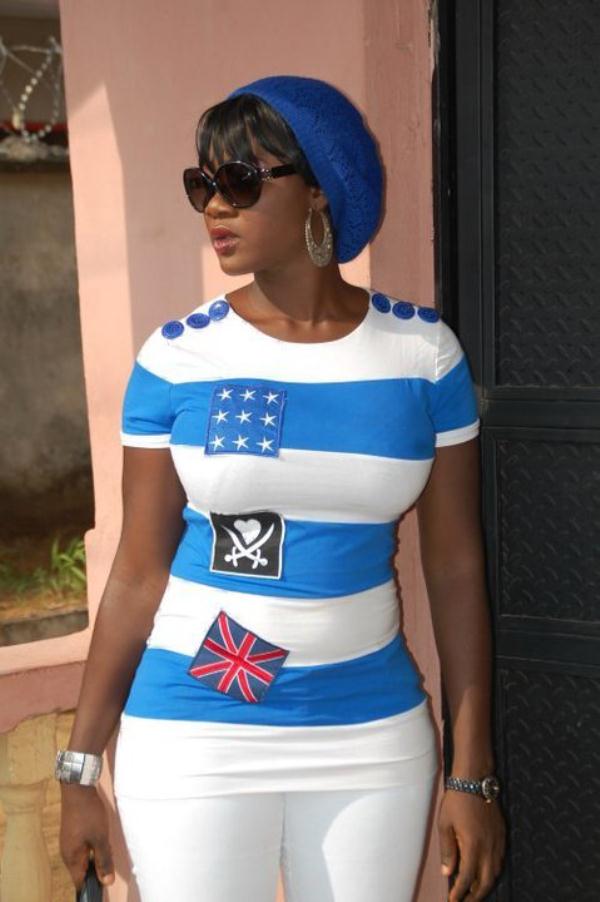 Actress Mercy Johnson recently displayed that when it comes to anger management, she is just as vulnerable as super model, Naomi Campbell.

While filming in Asaba, the Delta State capital a couple of months back, the actress lost her cool, seized a fan’s blackberry phone and guess what? Smashed it!

Reason, the fan, a make-up artiste on the set was filming her while in action acting a romantic scene.

Insiders who witnessed the shameful drama on the set of a movie by Amaco Brothers entitled In The Mind, says that all was well until a make-up artiste on set, a female, obviously enthralled by the callipygian decided to record her favourite star on her blackberry phone as she was acting a romantic scene.

Sources say she was in the thick of acting when she noticed what was happening and jumped off set and charged at the make-up artiste. Slapped her across the face, grabbed her black berry phone and smashed it shouting: “This is how it all begins, this is how it all begins. Before you know it they will start writing lies about me in the press!”

So angry was Mrs. Okogie that it took the entire cast to calm her down and she only agreed to continue shooting on one condition that the said make-up artiste be dismissed from the set.

“I am really shocked,” the said make-up artiste moaned as she sobbed obviously in shock at Mercy’s attack. “I respect and love Mercy so much. She is my role model. I never believed she could get so angry and do such a terrible thing to me. Now I have lost my blackberry phone; I am so sad.”

Few years ago, super model, Naomi Campbell had a similar experience after she threw her Blackberry phone at a maid who eventually sued her for assault.