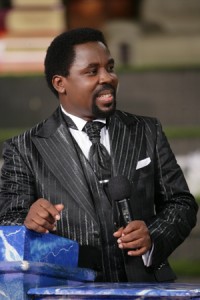 Nollywood has recently witnessed the deaths of some actors and actresses, including the deaths last year of Ashley Nwosu, Sam Loco Efe, Geraldine Okocha amongst others.
TB Joshua has made some prophecies earlier, including predicting the death of an African leader, after which the president of Malawi died.