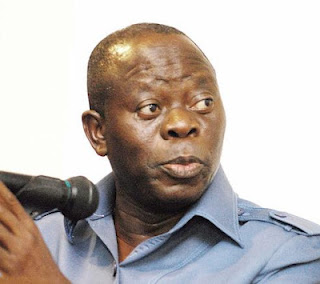 Iyare said in the statement titled: Oshiomhole’s convoy in road mishap: “Three journalists died while several others including security details were injured when a tipper lorry rammed into the convoy of

“The accident occurred about 12.45pm, shortly after the convoy which was coming from an Action Congress of Nigeria (ACN) rally in Afuze, passed Warrake, located in Owan East Local Government Area of the state.
“The incident happened when the lorry lost control, veering off its track and heading straight for the Governor’s car missing it by the whiskers.

“Oshiomhole, visibly shaken by the unfortunate event personally supervised the ferrying of the casualties to the hospital. He later paid condolence visits to the bereaved families. The planned rally to kick off Oshiomhole’s campaign in Edo South Senatorial Zone scheduled for Saturday was put off as a result of the incident.”