2015 elections: We Are Battle Ready — Buhari 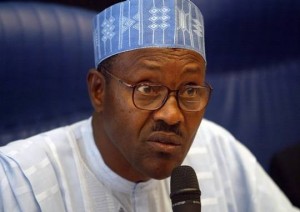 After a careful reflection of the outcome of the April 2011 general elections, former  head of state and Congress for Progressive Change (CPC) presidential candidate, General Muhammadu Buhari (rtd), yesterday concluded that the 2015 general election will be a “fierce bloody battle”.

He said, “We have decided, together with the party leaders, that by the year 2015, God willing, it’s either the government does justice in the conduct of elections as always claimed by them or it will be a fierce bloody battle.”

He expressed hope that the alliance talk between his party and ACN will yield a positive result.

Buhari spoke in his Kaduna office when he received his party officials from Niger State who paid him a courtesy call. ‘‘The biggest Boko Haram is the federal government itself,” he stated.

According to him, the magnitude of corruption and insensitivity in Nigeria’s leadership is legendary but there is a storm of awareness “God willing, by 2015, something will happen. They either conduct a free and fair election or they go a very disgraceful way,” Buhari said.

On whether he would contest in 2015 or not, he stated that the party faithful should organise themselves while he re-considers his position as to whether he will or not. “That was what I told those who visited me in the past, but the press wrote that I said I had changed my mind about re-contesting.’’

Speaking on the subsidy probe, the general said that the current leadership of the country has destroyed the petroleum industry.

“I personally asked the FG then to sign the contract for Warri and Kaduna refineries, 100,000 barrels each; more than 20 depots, more than 3,200 line pipes and there was even a time we were exporting 100,000 barrels per day of refined products, but this current leadership has destroyed the industry.

He told his visitors: “I thank you for your unity and the cooperation given to us in Niger State, particularly CPC loyalists in the state. I am also happy that those elected under the CPC are doing their best and their actions are telling well on the party and on the country in general because they are meeting the mandate given to them by the electorate.

“This is why I told all our party members across the wards in the country that, by the year 2015, Nigeria will turn to Igabi or we should all forget about the election totally so that we know we are slaves, God forbid.”

Buhari stated that northerners were doing their best on the issue. “Don’t forget that the police and military are not under northerners’ control, so the only thing they can do for now is to talk.

“If the leaders in government do not listen to advice, then, the northern elites can do nothing. The only thing they can do is to unite and speak with one voice and they are already doing that,’’ he said. “Since the present government claimed to be elected they should ensure that they protect lives and property of the citizenry because it is their responsibility to do that. If you notice, I did not comment on this insecurity problem but if I may quote a respected elder Professor Ango Abdullahi, he said there are three Boko Harams. There is the original one led by Mohammed Yusuf who was killed and his supporters tried to take revenge against security agents and there is another develop Boko Haram of criminals who steal and kill after which they give out statements that they are Boko Haram, and there is the biggest Boko Haram the federal government itself.

“I agree with him and I believe him because, if you listened to the Hausa Service of the BBC, you would hear what the police and military are doing to people in Kano. They go into their houses, rape their women and steal their property.”

Earlier, in his presentation, the chairman of the CPC in Niger State, Malam Umar Shuaibu, who led other party officials to General Buhari, urged him to reconsider his decision and contest the 2015 election.

According to them, “it is unfortunate that life today in Nigeria is tantamount to living in a jungle where the strong freely consume the weak, without justice to the oppressed.”

“Despite out abundant natural resources, the greater majority are living in abject poverty,” he said.

The party officials and their supporters, in the hundreds, sang Buhari’s praises, telling him that his refusal to contest in 2015 would mean a disservice to the country.

A Federal High Court sitting in Abuja has set March 31, 2020, for the resumption of the trial of the leader of the Indigenous...
Read more
- Advertisement -