Home Metro News “A Man Who Once Duped Me Is Now A Senator” – Pat...
Facebook
Twitter
WhatsApp 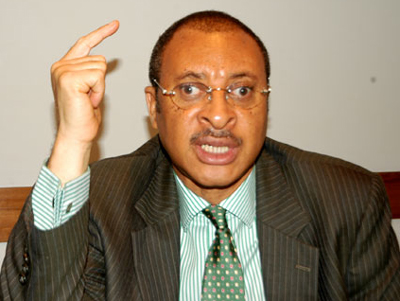 Pat Utomi, one of Nigeria’s prominent political economists and a former presidential aspirant, offered an anecdote that unwittingly supported a widely reported statement by erstwhile President Olusegun Obasanjo that Nigeria’s National Assembly is filled with rogues.

Addressing a group of Christian youths in Lagos at an event themed “The Building Blocks of Effective Leadership,” yesterday, Mr. Utomi touched on dysfunctions he had witnessed in the Nigerian system and x-rayed the difficulties of changing the system. His topic, “Towards Creating a Network of Corruption-Intolerant Youth Leaders,” presented a comparative analyses of Nigeria, once regarded as a powerful and emerging nation, and Indonesia, a nation that was once written off in the past

Mr. Utomi, who holds a PhD, spoke about the shocking twist of fate in which Nigeria became a strategic failure whilst Indonesia became a model of success. He identified corruption as a critical factor in the fortunes of the two countries.

Speaking through anecdotes, he related several instances of corruption involving Nigerian government officials and the aftermath of underdevelopment. Mr. Utomi disclosed that he had spoken out several times about the phenomenon of “intrinsic corruption” to the faces of public officials guilty of the crime.

He said: “I told Barth Nnaji and a host of governors, in a recent Town Hall meeting, that the problem they have currently is that Nigerians do not trust them,” said Mr. Utomi. He added, “I said, you, Yuguda, I have told journalists to publish your boutique, in terms of how many women are dying in child delivery because you spend that kind of money on your boutique rather than spend it to work for the people.”

But the most startling statement by Mr. Utomi came when he disclosed that a man who once duped him was now a senator. “A man who had 419’ed [duped] me in the past is now in the Senate. And I called the attention of a senior senator who is from the same state with the dupe, and who also knew about my dupe story with the man before, that this man is a thief and he was aware. The senior senator wanted me to keep quiet, and he said that is the problem with me, and that after all, seventy percent of government people are 419’s.”

Utomi, who quit the presidential race during last year’s election cycle, expressed the extreme difficulty of establishing a new order in Nigeria. He emphasized that those benefitting from the old system would do everything to resist any change. Even so, he stated that the youths were the only ones who have the ability to make the change.

“Youths can make these desired changes because you are not hostages of the errors of yesterday,” he said, adding that the challenge would be daunting because those benefiting from the current system “will do everything to resist the change.” He reminded the youths, “These old people are powerful and have the resources to influence anything.”

Mr. Utomi related the anecdote of a non-governmental organization located on Victoria Island in Lagos. Faced with absence of electric power to do their work, the NGO complained, said Mr. Utomi. “One of the bankers around then revealed to them that the banks are responsible for the outright lack of power supply because they are buying diesels for some companies and so they bribe the electricity workers not to provide power in order to continue to maintain their arrangement of buying more tons of diesels for their business to continue.”