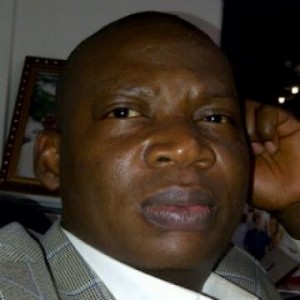 The Action Congress of Nigeria (ACN) has condemned the assassination of the Principal Private Secretary to Governor Adams Oshiomhole of Edo State, Comrade Olaitan Oyerinde, saying it raises a lot of questions, especially coming shortly after the yet-to-be-resolved ramming of the Governor’s convoy by a tipper truck that claimed the lives of three journalists.

“The hand of the assassin is clear as day. It reaches all the way back to the killing of Bola Ige. Please convey my deepest condolences to his (Oyerinde’s) widow, children and colleagues.

“Tell Oshiomhole we all stand by him against the agents of darkness and retrogression. They shall not triumph.”

In a statement issued in Ibadan on Friday by its National Publicity Secretary, Alhaji Lai Mohammed, the party said the killing of Comrade Oyerinde is also another indication of the growing state of anarchy across the country, to which the PDP-federal government has no answer.

It said if someone as close to the Governor as his Private Secretary can be so mindlessly killed in cold blood, shortly after what now seems to be a failed attempt on the Governor’s life when the truck rammed his convoy, one cannot but be concerned about the safety of the Governor himself.

”Yes, there may not yet be any conclusive evidence linking anyone to these incidents, but there is a growing concern that they may not be unconnected with the forthcoming governorship election in the state, especially considering the desperation of the PDP to ‘reclaim’ the state at all costs.

”But we are bound to ask: Must everyone be killed and Edo state thrown into anarchy just because the PDP wants to rule the state at all costs? If the PDP is as popular in Edo state as it claims, why is it afraid of contesting a free and fair election in July? Or has the PDP just realised that since Governor Oshiomhole’s sterling performance has all but guaranteed his re-election, the only way the party (PDP) can return to the state house is by playing dirty?” ACN queried.

The party said its concerns and suspicions on the spate of attacks directed at the Governor stemmed from the fact that many high profile assassinations in the country have remained resolved – a pointer to the fact that such killings might not have been due to mere happenstance.

“Take the case of Chief Bola Ige who, as a sitting Attorney-General of the Federation and Minister of Justice, was so easily mowed down, and yet the killers have not been brought to justice. Isn’t it clear that the only reason the assassination has yet to be resolved is because of the calibre of those who may have orchestrated the killing?

“Then of course the assassinations of Marshall Harry, Aminasoari Dikibo and Funsho Williams, just to name a few, have remained unresolved many years on. This is why we are compelled to cry out now, to warn those who are seemingly targeting Governor Oshiomhole to desist.

“After all, there is no indication yet that the ‘nest of killers’ has been dismantled,” ACN said.

The party said it is becoming increasingly clear to the PDP that it will be hard for it to win any fresh election, considering the worsening insecurity of lives and property in the country, the rising unemployment and the mindless looting of the national treasury under the party’s watch, and the cluelessness of those in charge of the country’s affairs.

“This may explain the resort to acts of desperation by the PDP,” it said.