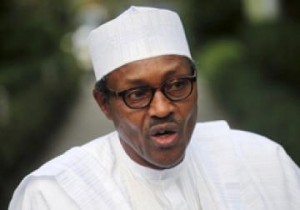 Former Senate President Ken Nnamani said on Thursday in Abuja that Gen. Muhamadu Buhari only called for free and fair elections in the country and not bloodshed.   Nnamani said this in an interview .

He said based on his understanding of the statement credited to Buhari, the former head of state was not boisterous in his comment.   The former senate president urged well-meaning Nigerians not to take undue advantage of developments to create tension in the country, saying opinions such as Buhari’s should be taken objectively.

“The way I understood him I don’t think he was being too boisterous because our people responded to that in a way that seemed like he was calling for blood to flow; I didn’t understand him that way.

“The way I understood the statement is that if it’s not free and fair it might spell doom for the country, is a kind of prediction but he’s not calling for blood.

“I didn’t understand him as calling for blood am not his spokesman by any means, but am only trying to interpret it the way I understood that statement and it is important for us to shoot for free and fair election.”

Speaking on Nigeria’s Vision 20:2020, Nnamani said a lot needed to be done for the country to attain the feat.   According to him, Nigeria should be growing faster than the 19 most developed economies if it is to join the 20 industrialised countries of the world.

“It will be wrong for us to think that in the next eight years we will overtake the countries like Indonesia or India or Korea; it is not possible that we will do it.   “We are still battling with our light (power) situation; still battling with the security situation; other countries are doing the same. Our government, as far as I am concerned looks very focused and working hard to solve some of the problems.

“But for us to assume that we are going to launch people in the moon in the next eight years and so on and overtake all those countries that we consider highly industrialised nation, it is good to aspire but it should be based on facts.”

Nnamani said there was nothing wrong in aspiring to be in the class of the 20 most industrialised economies in the world, but called for proper measures that would help Nigeria achieve such target.