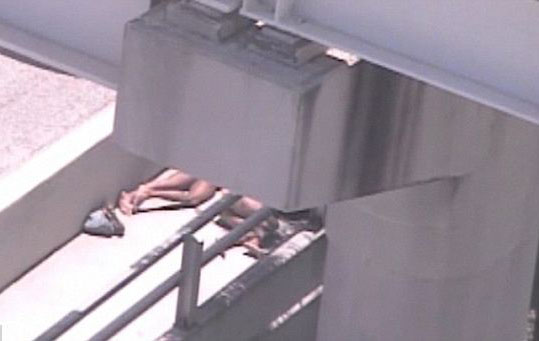 Police officers in Miami, Florida have shot and killed a naked man eating the face of another naked man.

Reports say the cannibal refused to obey police orders to stop his grisly meal, which a source claims included his victim’s nose and eyeballs.

The attacker was reportedly warned to back away but when he continued to eat the victim, the officer opened fire several times, killing him, with local media saying that about 75% of his victim’s face was missing. 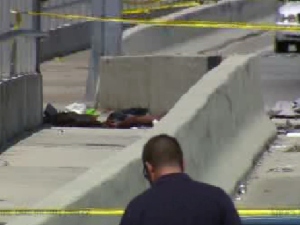 A Cyclist, Larry Vega,  said there was “blood all over the place” when he came across the horrific scene.

“I told him get off,

“The guy just kept eating the other guy away like ripping his skin.” Mr Vega said.

He said he alerted a police officer, who warned the attacker several times to back away from the victim.

“The guy just stood his head up like that with a piece of flesh in his mouth and growled,” Mr Vega added.

The victim, who is said to be a homeless man, is reported to be in a critical condition in hospital.

The identities of the two men have not been released.

The head of the Miami Fraternal Order of Police, Armando Aguilar, told a local news agency that “When the officer approached… [the attacker] turned around and growled like a wild animal and kept eating at the man’s face.”

Mr. Armando Aguilar, said drugs are at the root of the attack.

“We have seen, already, three or four cases that are exactly like this where some people have admitted taking LSD and it’s no different than cocaine psychosis,” Aguilar said.

In the cases Aguilar mentioned, he said the people have all taken their clothing off, been extremely violent with what seemed to be super-human strength, even using their jaws as weapons.

“Extremely strong, I took care of a 150 pound individual who you would have thought he was 250 pounds,” Aguilar said. “It took six security officers to restrain the individual.