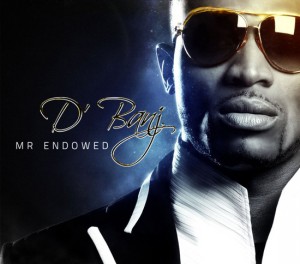 As a Manchester United fan, it marked the ultimate endorsement for Nigerian Afrobeat sensation D’Banj when Rio Ferdinand expressed his love for his debut UK single ‘Oliver Twist’ to his 2.6million Twitter followers.

With Red Devils midfielder Tom Cleverley also waxing lyrical about the infectious tune all over the twittersphere, D’Banj is determined to make all of his United heroes – including Sir Alex Ferguson – a fan of the song.

With his ‘Oliver Twist’ dance competition having already gone viral on YouTube, the Nigerian is hoping to see Rio and co. celebrating their goals to his tune – and has told Sky Sports he’ll even nip down to the Old Trafford dressing room and teach the stars some moves.

I was just saying a couple of weeks back, I was in the States and I saw a Tweet from Rio Ferdinand, saying he was a big fan. He’s actually been to Nigeria and he said ‘Oliver Twist’, my single, was actually his favourite Afrobeat song. I was like, get on the phone to Sir Alex Ferguson, get me to that locker room and I’ll perform it for him before he goes out for his next match. It was so inspiring, because it’s my first single coming out, and for Rio Ferdinand to say that, I know that’s like me getting the stamp of approval. Tom Cleverley also gave props to ‘Oliver Twist’ on Twitter. I know he’s injured so a speedy recovery to him.

I would be honoured to have players do my ‘Oliver Twist’ dance. I would actually come to the locker room – any one – and actually do it with them. I know Sir Alex Ferguson could do it, he needs to just move, move his shoulders. You don’t have to be a professional dancer, you can even do it with the ball. That’s the mission – get the players doing that.