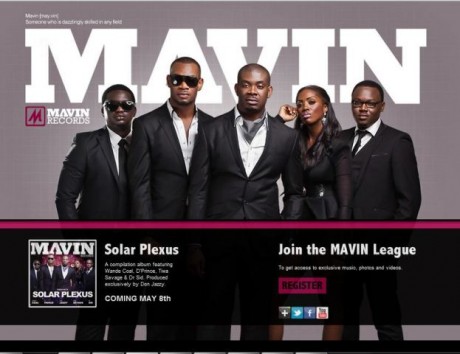 “Hey people. need your help on this one once again. pls help me tell a friend to tell a friend. #MavinRecords God bless’”Michael Collins aka Don Jazzy said on micro-blogging site Twitter.

Jazzy, who suffered a ‘broken marriage’ with his Mo-Hit partner D’banj some months ago has broken his silence with an obvious effort to prove his competence to music lovers.

Before now, Tiwa Savage was signed on Cecil Hammond’s Flytime. Details of Tiwa Savage’s contract with Mavin has not been made public.

The new label now rests all speculation that Don Jazzy would continue to use the Mo’Hits brand name.

Nollywood actor, Mike Ezuruonye is grateful for the success of an eye surgery he recently had. The actor shared how grateful he is for the...
Read more

Just when you thought the drama is over between Davido, Peruzzi, Chioma and King Patrick; controversial journalist, Kemi Olunloyo has just dropped another bombshell. This...
Read more