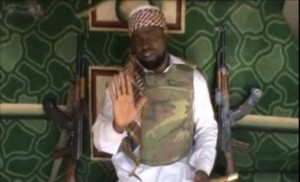 Nigeria’s security chiefs have compiled a list of Boko Haram sponsors in a bid to expose the sect’s backers and end the group’s violent campaign especially in the Northern part of the Country.

The list is said to contain names of suspected backers of the sect and other terror groups.

A security source said that the list was compiled by top security chiefs at a meeting held to strategise on how to end the growing violence.

The official said the decision to compile the list was born out of the belief of the security chiefs that the anti-terrorism battle could be won sooner than expected if people linked with violence were exposed.

The security chiefs were said to have worked on the intelligence report that some top politicians had been giving financial backing to terror groups with the aim of destabilising the present administration.

The official said the security officials had resolved to formally inform the office of the National Security Adviser about the alleged involvement of such politicians supporting terror groups.

Apparently supporting the claims of the NSA, Gen. Owoye Azazi, that some undemocratic practices within the ruling Peoples Democratic Party in the build-up to the 2011 general elections fuelled the violence, they heaped the blame on those they called greedy politicians.

They went further to identify the alleged politicians to include those who held the opinion that only persons from their region could contest the presidential election after the demise of President Umaru Yar’Adua.

“The meeting heaped the blame on greedy and selfish politicians who don’t want Nigerians from outside their region to rule the country,” the source said.

He described the meeting as fruitful, adding that Nigerians would soon be seeing results.