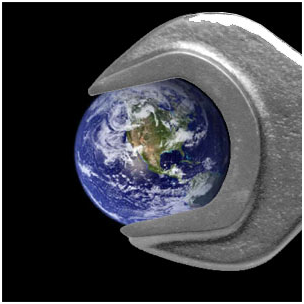 As current weather patterns around the world increasingly get shifty and links with global warming is established, pursuing geoengineering as a means to stop or reduce global warming will remain. Geoengineering (or climate remediation) describes an array of technologies that aim, through large-scale and deliberate modifications of Earth’s energy balance, to reduce temperatures and counteract anthropogenic climate change.

Geoengineering is mostly considered as a come-before solution to climate change while the world hale to the ‘most appropriate’ time to adopt a deal to curb Green House Gas (GHG) emissions. Geoengineering and some of its methods are still developing, but are also considered at the same / reduced level with policy and governance issue surrounding it.

There are so many questions around geoengineering that require convincing answers before it can court further support and there are also issue about governance that needs to be clear before the first ever major deployment, if any will come, now or in future.

The policy issue deals a lot with placement of geoengineering, and addressing some concerns of the scheme. These include equity issues among nations to avoid that one benefits and others don’t, potential for weaponization, reduced efficiency of solar energy, reversibility, potential ineffectiveness, distraction from a deal to curb emission, etc.

There have been meetings and reports in the past few months that are directed at these issues and how to go about them. These issues however, can be thrashed out in a matter of months if it suddenly becomes necessary to deploy geoengineering. The geoengineering conversation is still about a small center, clouded mostly by people from the same region or sector.

The push to have more people on the subject and raise their knowledge enough to make them see the positives than concentrate on the negatives is making the conversation go intercontinental. Geoengineering meetings are expected in Africa later this year, where Africa is expected to bring to table, its view of the subject and how it should be involved.

Geoengineering because of its complexity will not be taken as a scheme from one part of the world that should be supported by others, but will be a scheme for everyone requiring contributions and approval before deployment. Policies for geoengineering will involve Africa, and Africa too will be required to add to or subtract from it, as appropriate.

The policy, governance and scientific issues should put the academia in Africa to work, with countries collaborating and becoming cartographers for the rest of the developing world. As geoengineering is presented to Africa, it is not expected to be an easy sell, because of a background of hate arguments on the subject, presently, in other parts of the world.