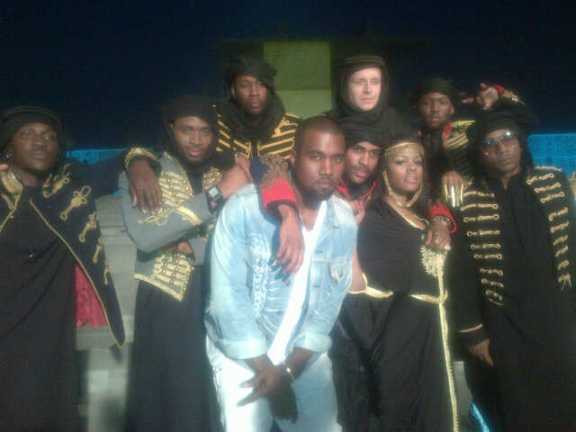 According to news just reaching us, Dbanj is going to Hollywood. The ‘Oliver Twist’ crooner is starring in Kanye West’s movie Cruel Summer.

Cruel Summer just premiered at the 2012 Cannes music festival and Dbanj and the other members of Kanye West’s G.O.O.D Music label were listed as stars in the movie.

“Cudi stars as a thief of high-end sports cars who falls in love with a blind Arabic princess. But the princess’ father won’t allow the pair to marry unless the thief can help her see, so the hero must find a way to make it happen (metaphorically). The story is secondary to the pyrotechnics, with new music from West and a thumping surround-sound quality that makes a 3-D Michael Bay effort feel like an iPad short.“