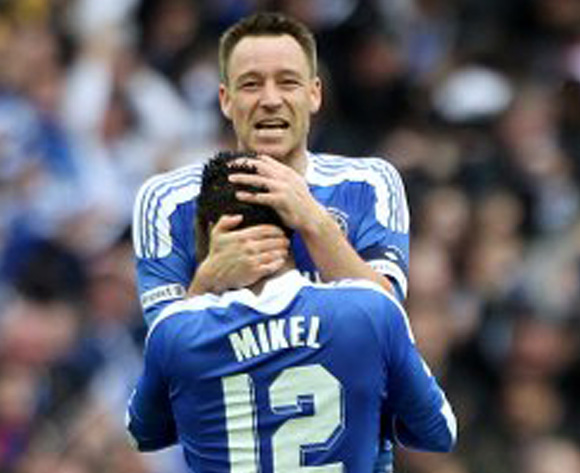 In celebration of this feat, the midfielder threw his No.12 shirt into the stands at the end of the final and chased close friend Salomon Kalou across the hallowed Wembley turf.

And now the Nigeria star has told MTNFootball.com he believes this will further spur ‘The Blues’ to win their first UEFA Champions League on May 19 in Munich.

“Winning the FA Cup for the fourth time in my career here in England is great. I am thrilled by the achievement,” said Mikel, who was rated as best passer of the ball in the FA Cup final after he completed 42 passes out of 44.

“We are now aiming for the ultimate, which is to win the Champions League.

“Lifting the FA Cup is a great boost for us because when one wins a trophy, it increases the confidence to go for another one. It has put us in good mood ahead of the clash with Bayern.”

He further told MTNFootball.com: “It was great feeling to lift the trophy and I am looking forward to having same feeling against Bayern Munich on 19th (of May) in the Champions League final.

“Our confidence has been boosted and we now want to concentrate on winning our next final.”