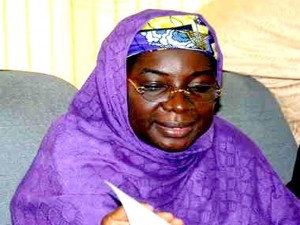 The Minister of Education, Professor Ruqayyatu Ahmed Rufai, while speaking at a meeting in Abuja warned the Joint Admission and Matriculations Board (JAMB) not to admit candidates without the required qualification and certificates.

The Minister said admission should not be given to candidates who applied for the National Certificate of Education (NCE), National Diploma (ND) or the Interim Joint Matriculation Board Examination (IJMBE) without the prerequisite Advance Level (A/L) certificate.

She said it is illegal for some institutions, especially the universities to equate their foundation programmes with the ‘A’ level certificate.

“The programme is for a period of one academic year, and thereafter, the students are admitted into 200 levels through direct entry, this is illegal.“All `A’ Level equivalents should pass through the National Council on Education for approval. We have got to do the right thing.

“The Tertiary Education Department is hereby directed to collect the names of erring institutions for appropriate disciplinary action.”

The Registrar and Chief Executive of JAMB, Adedibu Ojerinda, insisted that all institutions must adhere strictly to the entry requirements as documented in the board’s brochure and comply with the admission schedules.

The registrar said that available statistics indicated a disturbing trend regarding attendance and compliance at the two Technical Committee meetings in 2011 held in Owerri and llorin.

He said only few institutions used JAMB list in 2011 admissions.

“The board frowns at this and hopes that the 2012 admission will be an improvement upon last year’s,” he said

He added that all foreign-based and physically-challenged candidates, who sat for the 2012 UTME and made the national minimum cut-off mark should be given due consideration.

The Chairman of the Committee of Provosts in Nigeria, Isa Abubakar, who spoke on behalf of the federal universities, said that the agreed cut off point for admission into universities is 180 while the Chairman, Council of Heads of Polytechnics and Colleges of Technology in Nigeria (COHEADS), Mohammed Nabade said that the cut-off mark for admission into colleges and polytechnics is 160.