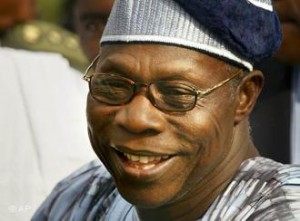 Nigeria marks her 13th year of straight democratic governance without interference. So far, it has been an eventful period for everyone, not only by virtue of being the longest stretch of uninterrupted democratic governance we have ever had since we achieved independence in 1960, but by what we all have learnt in terms of the potentials of the country to rise above her challenges and find a way forward.

I want to congratulate all Nigerians for their investments and patience in reaching this important milestone, there is no doubt that there is a lot of room for improvement and progress to be made on so many fronts even as we ponder over another 13 years.

Discourses on governance and security presupposes a desire, by those holding the discussion, to review and/or continue to understand the evolving nature of the “state”, which provides the framework for “governance” and “security’. It also enables its citizens to have a better grip on how they can achieve their purpose and their goals both individually and collectively. It could also be inferred that discourses like this can and should throw up new ideas and also boost the commitment of the elected or selected representatives of the citizens, in conducting the affairs of the state such that majority of the citizens at any given time would benefit the most.

Historically it is evident that all social and economic phenomena are constantly evolving in nature and that new realities always give opportunity for-a revision of established norms or traditions. Thus History and time ensure that nothing remains constant; everything, even inanimate objects, will eventually yield to something, either better or worse than the last. We as human beings and citizens have a responsibility to constantly review the phenomena that direct our existence on earth and our path in our communities. We also have a responsibility to review the ideas and philosophies, derived over many years of observation and interaction and which keep us going forth in our communities.

Although we may be in danger of repeating what has been said before or established, there is also the likelihood that it could be said in another way that might hit home harder. It is also likely that someone will take away something significant and that this will eventually make a difference somewhere someday. This for me is one of the strongest methods of passing ideas, lessons and thoughts from one generation to another generation, from peer to peer, from the learned to the learners, from group to group and indeed, from one individual to another.

I am comfortable knowing that I am not restrained by the title (Governance and Security) and should be able to pass something tangible to those who have the interest of societal progress.

“Governance” and “security” are all essential elements of the “state” to enable it function effectively and deliver on its obligations. It also enables interactive engagement between the state, its citizens, and the institutions of governance for the sole purpose of driving and directing human activity, purposely and meaningfully, to a desired end normally positive, but for which a negative end could also result.

It therefore follows that “governance” and “security”, which could be regarded as part of the processes and services of the State, are not necessarily on their own! They exist or are in place to ensure that the State is able to conduct or fulfill its primary purpose effectively and or with less vulnerability.

In terms of legitimizing the State, it could be argued that, they essentially crystallize the legitimacy that have been given or ceded to it by its citizens, individually and collectively to the state. States therefore derive their power and legitimacy from their citizens.

The concept of legitimacy usually is understood as the popular acceptance and recognition, by the public, of the authority of a governing regime, whereby authority has political power through consent and mutual understandings, not necessarily coercion. Drawing from here, political scientist