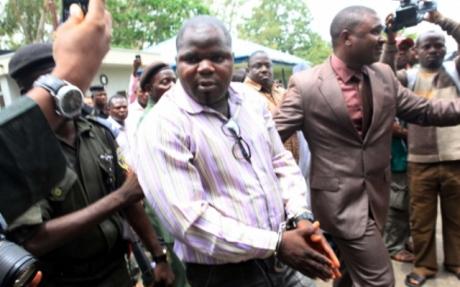 A man has been arrested with three hand grenades and some rounds of ammunition, at the Radio House, venue of the Ministerial  briefing by the Ministry of Sports on their performance in the last one year. 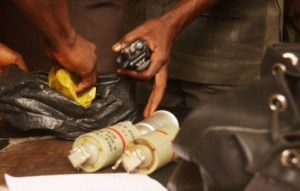 The man, identified as, John Akpabu, was arrested with 37 rounds of live ammunition and three hand grenades and other explosives at the national press centre, of the Radio house in Abuja at about 12:30 midday on Monday.

Confirming the arrest, Akindele James, the security officer in charge of the Radio House building stated that “we arrested him with black bags containing three hand grenades and 37 live munitions. We snatched the bag from him at the gate as he was entering the compound at the gate” he said.

The Minister of Justice and Attorney General of the Federation, Mohammed Bello Adoke, Minister of Aviation, Stella Oduah, and Minister of Youth Development and Sports, Bolaji Abdullahi are the ministers listed  to present their scorecards at the radio house.

The annual briefing which involves a daily briefing by all the federal ministries on their performance, commenced a fortnight ago.

It is coordinated by the Federal Ministry of Information, as part of the preparations for Democracy Day.