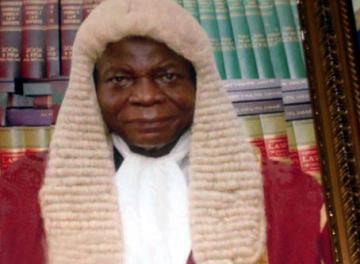 The suspended President of the Court of Appeal, Justice Isa Ayo Salami, was recalled today by the Nigerian Judical Council in a hotly contested meeting which got the judge recalled by 10 votes.

Justice Salami was suspended 18th August 2011, at the 7th emergency meeting of the NJC following his refusal to tender apologies to the NJC under the erstwhile Chief Justice of Nigeria (CJN), Justice Aloysius Katsina-Alu.

8 members of the body voted against Justice Salami’s recall.

A source revealed that the decision to re-instate Justice Salami was reached in Abuja during the second day of the NJC meeting which lasted for hours and ended at about 4:00 pm today.