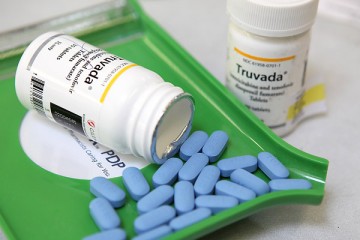 A panel of US health experts has for the first time backed “Truvada”, a drug to prevent HIV infection in healthy people.

The panel recommended US regulators approve the daily pill for use by people considered at high risk of contracting the Aids virus.

The Antiviral Drugs Advisory Committee, which advises the US Food and Drug Administration, voted 19-3 in favour of prescribing the drug to the highest risk group – non-infected men who have sex with multiple male partners.

They also approved it, by majority votes, for uninfected people with HIV-positive partners and for other groups considered at risk of acquiring HIV through sexual activity.

The US Food and Drug Administration (FDA) is not required to follow the panel’s advice, but it usually does. The FDA is expected to make its decision by 15 June.

A Study in 2010 showed that Truvada reduced the risk of HIV in HIV-negative sexual partners of people who have HIV by between 44% and 73%.

It also reduced the risk of HIV in healthy homosexual men by the same amount.

Some health workers and groups active in the HIV community have opposed the approval of the drug.

However, correspondents say the move could prove to be a new milestone in the fight against HIV/Aids.

Truvada is already approved by the FDA for people who are HIV-positive, and is taken along with existing anti-retroviral drugs.

The drug is made by California-based Gilead Sciences.