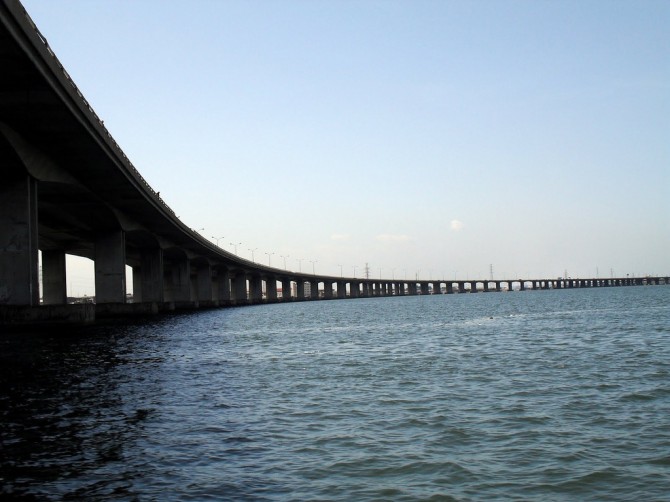 The Lagos State Commissioner for Works and Infrastructure, Dr. Obafemi Hamzat, along with other government officials on Wednesday briefed press men in Alausa, Ikeja concerning the upcoming maintenance of the Third Mainland Bridge that would result in its partial closure.

Dr. Hamzat said that although, the bridge would be partially closed during the maintenance period, from July to November, adequate measures had been put in place by the state government to manage traffic.

He stressed that the maintenance work to be carried out is to ensure the bridge’s durability and make it serve residents better, adding that Lagosians need not worry about the planned maintenance.

According to him, though, the bridge would be partially closed during the repair period, from July to November, adequate measures had been put in place by the state government to manage traffic.

“When the bridge, which has eight expansion joints, was constructed, it was constructed as two structures hanging on one. One will notice that when vehicles  get to these joints, the bridge vibrates.

“And, as more vehicles pass through these joints, the bridge compresses. So, the repair work that is going to be done is to strengthen the joints  in order for it to function properly.

“The maintenance work is very necessary. It is actually for the safety of  its users  and  the durability of the bridge.“

According to Hamzat, the road linking Yaba to Oyingbo, down to Funsho Williams Avenue is one of the strategic roads that had been provided by the government in the last five years.

The commissioner assured that more roads would be worked on by the government before the closure to ease traffic during the period.

Also speaking on the arrangement, Opeifa said the government had evolved a comprehensive traffic management plan to ensure that the impact of the repairs on traffic was minimal.

He said a good number of the state‘s traffic officials were deployed to the different routes identified for diversions around the bridge to ensure that the plan worked.

He said: “The traffic management strategy is structured around the current use of the bridge. And, the direction of flow of vehicular traffic determines the diversion strategy.

“We have also examined other roads that would be used during the period and we have structured our strategy towards these roads.

“The road will be closed between 00:00am and 12:00 pm. These are the times of diversion and these are the critical times. During these times, there will be two scenarios.

“In the morning that is between 00:00am and 12:00pm, when coming from the Island to the Mainland, at Adeniji- Adele, one is expected to divert to Carter Bridge.

“When one gets to Carter Bridge, one is expected to proceed to Iddo, where the redistribution will happen.

“From Iddo, one can proceed to Herbert Macaulay Way down to Jibowu and link either Agege Motor Road or Ikorodu Road.

”Also, from Iddo, one may like to link Ijora Olopa, one will need to link Eko Bridge and from that bridge one can get to Funsho Williams Avenue.

“ From Funsho Williams Avenue, between Ojuelegba and Moshalasi, one can decide to use either Ikorodu Road or Agege Motor Road to link other parts  of the mainland. “

He urged residents not to entertain fears about the repair of the bridge, assuring that the government would do its best to ensure its impact on traffic was minimal.