Seven UN peacekeepers from Niger were killed in an ambush in western Ivory Coast, in the deadliest attack on the force since its deployment, a UN spokesman said on Friday.

According to an initial tally, seven Niger peacekeepers lost their lives in an ambush in the west of the country,” the spokesman said, in a report by AFP.

The attackers crossed over from neighbouring Liberia, adding that two Ivorian soldiers and at least one civilian may also have been killed.

UN leader Ban Ki-moon said he was “outraged” by the killings of the peacekeepers and warned that more UN troops “are still in danger”.

“Even tonight, after the attack, more than 40 peacekeepers remain with the villagers in this remote region to protect them from this armed group,” the UN chief said. “My thoughts are with these brave peacekeepers and the community they are protecting.”

“I call on the government of Cote d’Ivoire to do its utmost to identify the perpetrators and hold them accountable for this deadly attack,” the UN leader said, using the French name for Ivory Coast.

According to a UN source, the peacekeepers were patrolling in an area between two villages after hearing rumours of an imminent attack on communities in the region.

“There’s panic in the villages, many are fleeing into the forest, others are heading for Liberia,” a resident of Para village told AFP by phone.

The mayor of nearby Tai village, Desire Gnonkonte, confirmed that residents were fleeing. 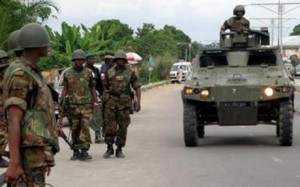