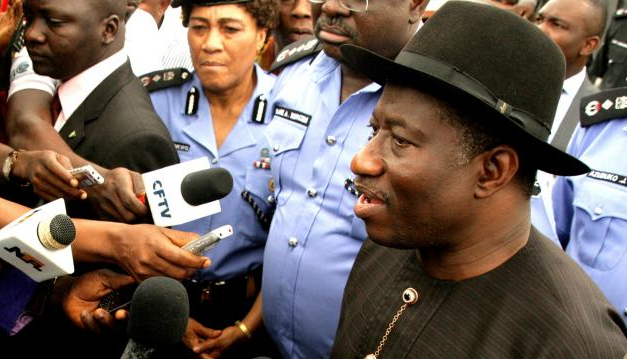 President Goodluck Jonathan, while answering questions from selected journalists during a presidential media chat in the State House on Sunday, 24th June, 2012, has informed interested Nigerians who would like to know whether he would be contesting in the 2015 elections or not that it is too early to start talking about that now.

This statement cannot be more timely though, as a prominent Niger Delta activist/politician was recently quoted to have been “advising” northern politicians not to put up any opponents against president Goodluck Jonathan during the 2015 elections.

How presumptuous! The 2015 election should not be coming up as a serious issue for consideration in the mind of any well-meaning Nigerian at this point in time. President Jonathan has declared he has promises to be kept. And will try his best to achieve this. Interestingly, the president also talked about his intention to “…make sure that ordinary Nigerians will one day like me get here without Godfather…”

The president also pointed out how people take pleasure in criticizing him and his administration, and he has promised to soldier on, not allowing them to distract him. According to him, “…criticizing Jonathan and Jonathan administration is big business”. A lot of Nigerians are yet to know exactly what plans it is that this president has for them.