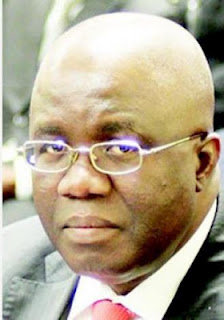 Air Nigeria has released a statement to debunk what they term ‘negative and false information’ being circulated by the dismissed finance director of the airline, John Nnorom (pictured above). You can read Mr Nnorom’s earlier statement on Air Nigeria being a Flying Coffin here.
Below is the statement made available by Air Nigeria to journalists.

The management of Air Nigeria wishes to draw the attention of the general public to the false and negative stories being spread by one of its ex- Finance Directors, John Nnorom, who is currently facing criminal charges of stealing and conversion. Mr. Nnorom is an illiterate in the maintenance of aircraft as he only worked in the finance department of the airline before he was dismissed. Mr. Nnorom after his dismissal was declared wanted by the police until his subsequent arrest and the recovery of the sum of $100, 000 from him.
The Nigeria Police authority has since charged him for stealing and criminal conversion while the court has admitted him to bail as his criminal trial continues.

The general public is advised to disregard any such negative stories and false information by Nnorom (either in the print, electronic or online media).
Air Nigeria has been flying the air space in the last 10 years with first class record of safety, without any accidents or even emergency landings.
This record remains the integrity of our existence which cannot be compromised. The airline is also a proud member of the IATA and the oldest member in West Africa and one of the oldest in Africa.