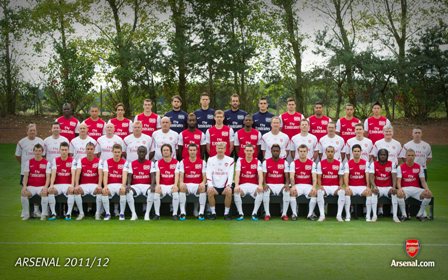 Information credited to David Omigie, spokesperson of Danjan Sports, the organizers of the of the Arsenal pre-season tour of Nigeria, reveals that the identity of the opponents of the Gunners during the tour has finally been made public.

The English club, Arsenal will be playing against the Super Eagles of Nigeria on the 5th of August, 2012 at the National Stadium in Abuja.

Both sides are known to be struggling in their various endeavors. The Gunners struggled till the very last game at the end of the last English Premiership season in order to secure a third place spot. The Nigerian Super Eagles on the other hand have dropped several positions on the FIFA rankings released in recent times. This is against the backdrop of the poor performances in qualifying games and friendship game that they have played in recent times.

The Super Eagles’ coach, Steven Keshi, has been experimenting with home-based players a lot while the gunners have recently boosted their team with two major signings – Podolski and Giroud. The encounter will provide both sides the opportunity to further prepare their teams for more competitive games ahead. The Arsenal have the 2012/2013 season to prepare for, while the Super Eagles have a lot of qualifiers to play. And with the rumored cancellation of the proposed friendly between the Super Eagles and Brazil’s National team, a game with the Gunners will be a good replacement.