At 14 I was a slave-Timaya’s life story

Timaya, the 1977 born son of a Banker father, and a trader mother, who happens to be the last of his family, recently opened a big tap that ran his life history. This is one story that shows that good things always come to the diligent in their works, and very well for those that never give up.

“Many of those who write about me do not know who I really am. They only listen to my music, they don’t know the real me. Yet when they write, they portray me in a bad way and that is not who I am. Now some people see me and think I am the kind of person that carries a gun. When I had nowhere to stay, I had to go and live with a woman friend who turned me into a prisoner. I had to live by her rules. I could not go anywhere until she allows me to. I could never stay out until 7pm, or else I am in trouble. She was older than me by four years and I did not have a choice.

Anytime I complain, she threatened to throw me out of her house. If I failed to make love to her, she would accuse me of sleeping with other ladies, and she will again threaten to throw my things out. That was when I was in Porthacourt. It was not easy for me then, but what could I do? It was when I was able to save some money to get another place that I was able to escape. Eedris was a good person. One thing I like about him is that he is fearless, and believes in himself so much. He knows how to perform on stage. He knows how to carry the crowd, and that is one thing I have learnt from him. He could carry the street along, he could relate to the people, I learnt all that from him. What I did not like about him is the fact that he only tolerated his boys. Till date he never paid me a dime.

The only money he gave to me was one thousand Naira after a show we did at Kuramo beach. That I did not copy from him. I treat my boys fine. I don’t owe them. They all have cars. I know that they all have their own family and their own dream, so I don’t mess with that. Eedris had time only for himself,” Timaya said 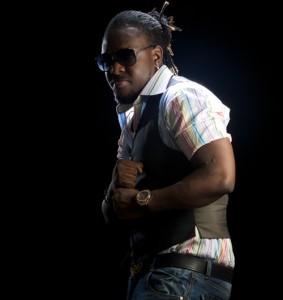