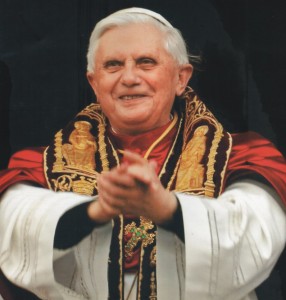 Pope Benedict XVI, during his weekly address to an audience at the Vatican, called for an end to the terrorist attacks in the Northern parts of Nigeria BBC News has reported.

According to the Pope: “I am following with deep concern the news from Nigeria, where terrorist attacks are continuing, especially against Christians… I appeal to those responsible for the violence to immediately stop spilling the blood of innocent people.”

He also urged Nigerians to “ … cooperate in the construction of a peaceful and reconciled society in which the right to freely express faith is guaranteed.”

Fresh attacks in Kaduna and Yobe recently has led the governments of those states to declare curfew in the two states while the Federal Government is contemplating declaring a state of emergency. A lasting solution has to be found to this crisis as soon as possible.