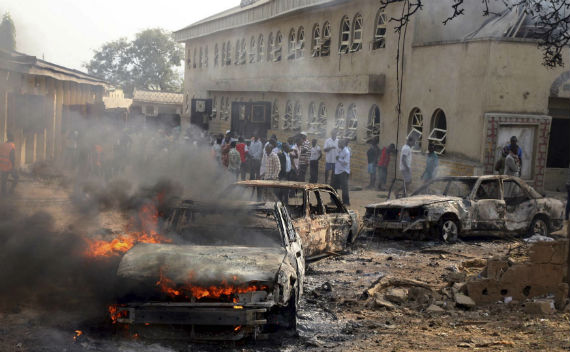 Residents of Jos and indeed all the Christians in Nigeria are expressing their thanks to God for sparing their lives and also preventing any bomb from exploding on sunday.

Bomb blasts have become a major occurrence on Sundays as Boko Haram continues to cause havoc in Nigeria. Three Sundays back, Jos was hit by sucide bombers and according to reports, their target was the Living Faith Church Rukuba road but then access to the Church was difficult and so Christ Chosen church of God took the blow. Also two sundays away, Kaduna was worst hit with many churches being affected, lives lost and reprisal attacks that kept the residents of the state indoors as a result of the curfew imposed on the state.
Many expected yesterday to be bloody, and so many stayed home to prevent from being affected by the blast because no one knows who’s next. as much as security operatives mounted road blocks on major roads, churches didnt fail to do theirs and making security the topmost priority during the service as many hurriedly rounded up their service and urged worshippers to be security conscious.