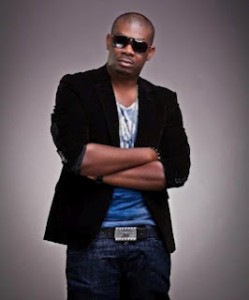 God of beats as Nigerians would always call him, Don Jazzy, the ace producer, told City People magazine when asked about his deal with Kanye’s label, G.O.O.D Music, where he’s signed as a producer
Don Jazzy:

I am still signed to G.O.O.D Music, but in order for me to be able to concentrate on building the artistes that we have here, I wouldn’t be able to give my 100% in the work I have to do in NY. In New York, the music and orientation is different. I can sit down there and say I’m trying to make an album for Kanye West, and it takes me longer because the level of music there is different from the one here. Kanye West has like 100 producers lined up at his beck and call, and it is not like I am priority. So I’ll be spending a lot of money staying in the States when I can return home and be making money as well as grooming more artistes. And it’s very easy these days. I can work here and once I’m done, and feel it’s something that would suit Kanye West, I’ll just email it to them, and if they want to use it, they’ll use it and if they don’t, they will tell you to try again.