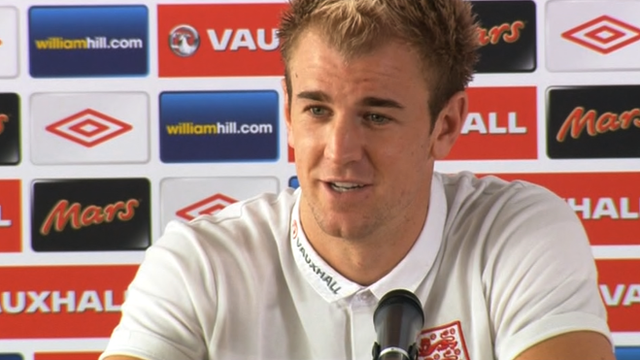 England’s first choice goal keeper, Joe Hart, has expressed his optimism at his country’s chances of winning the Euro 2012 tournament. According to Hart, he and his teammates are in the tournament to win it, and they will not settle for anything less.

Joe Hart says: “The whole point in coming here is not to keep people happy and off our backs…We are here to win.”

As will have been noticed, England has not got much in terms of achievement in recent times. Therefore, winning this tournament will go a long way in helping them relinquish the “sleeping giant” status that they have assumed. However, this will also prove to be a very difficult task. In fact not many have tipped them to get a place in the final eight in Euro 2012.

England will be playing Italy in the next phase of the tournament where there are chances he’ll be playing against his Manchester City teammate, Mario Balotelli. However, Hart is not bothered: “Italy have a very good team, with a very good history… [But] we do not fear anyone. We are a good team and we are here to do well”. The fixture will hold on Sunday, 24th June, 2012.