FG Behind insecurity in the North — El-Rufai, Mato 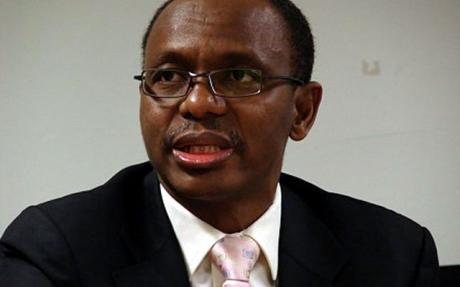 Former Federal Capital Territory minister Nasir el-Rufai yesterday accused the administration of President Goodluck Jonathan of being behind rising insecurity across the country and the spate of bombings in the north.

The former minister, who made the accusation on a BBC Hausa Service monitored in Abuja, said that the government had also not done enough to improve the worsening quality of life of Nigerians.

He was supported by a University of Abuja don and public affairs analyst, Dr. Kabiru Mato, who was also on the programme, Ra’ayi Riga.

El-Rufai pointed out that in Kano and Maiduguri, for instance, the government-backed Joint Task Force, JTF, has killed more Nigerians in those places than Boko Haram.

But in a swift reaction, the special adviser to President Jonathan on political matters, Mr. Ahmed Gulak, dismissed the accusation as untenable, unfortunate and baseless.

Gulak pointed out that insecurity in parts of the country predated the Jonathan era and should therefore not be blamed on him and his government.

“For him (el-Rufai) to accuse the government of being behind the bombings is wrong because he himself is in a position to know the truth.

The former minister, who is now a chieftain of the Congress for Progressive Change, CPC, noted that it was not a mere coincidence that there is always an escalation of violence whenever there is a national issue to be addressed by the government.

“No Nigerian will say he is safe because of insecurity,” he said, citing the recent increase in the spate of bombings just when members of the National Assembly were about to investigate the fuel subsidy scam that gulped over a trillion naira.

He said, “The fact that bombs explode more frequently whenever Jonathan is faced with challenges like the revelation of the fuel subsidy probe has led many of us to believe that the government is behind some of the bombings.

“Why is it that whenever there is a problem, that is when those called Boko Haram will strike? Is the government working together with Boko Haram?” he asked. “Government has failed to provide us with a satisfactory answer in this regard.”

But the special adviser to the president reeled out the achievements of the administration in the areas of road construction, railway system and aviation, accusing the opposition of deliberately refusing to acknowledge the strides recorded by the government.

An employee of the Abuja Electricity Distribution Company (AEDC) was stabbed to death while disconnecting the electricity of customers who didn't pay their bills.The...
Read more
- Advertisement -