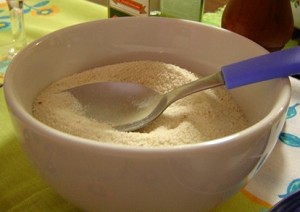 But the beautiful Ghanaian actress in an interview with Emma Emerson of Golden Icons TV, Nadia Buari stated that she definately drinks garri.

Nadia, 29,  responded to Emerson’s question about if she drinks garri by saying:

“I think you are like the zillionth person that has asked me this question. First of all I am African, so I definitely drink garri, I mean but I think when I listen to that track I really liked it, I think either it probably meant more than what you heard or he just wanted to rhyme like Buari and garri, either one of them I do drink garri”

Nadia Buari who has starred in over 20 movies, has been twice nominated for Best Actress in a Leading Role at the African Movie Academy Awards in 2007 and 2009.