Mikel revealed that he does not intend leaving the 2012 European champions Chelsea FC.

He wants to win more trophies and become a Chelsea legend.

Since he joined ‘The Blues’ in 2006 after a long-drawn transfer saga that included Manchester United, Mikel has won the UEFA Champions League, a league and cup double as well as four FA Cup winners’ medals.

MTNFootball.com: Mikel, what was really the driving force behind Chelsea winning the UEFA Champions League on May 19 against almost all odds?

Mikel: We wanted to win it as soon as the competition commenced but at a stage, we thought we had missed out on this especially when we lost 4-1 at Napoli. But we still believed we would turn the table at Stamford Bridge.

But I believe that our greatest motivation was that we did not want to set a bad record by failing to make it to UEFA Champions League (next season) especially since we missed out of top four in the English Premier League. We therefore knew that the only option for us was to win the competition.

Which game would you rate as your toughest in last season’s Champions’ League?

That is hard to choose. The second leg of the game against Napoli was tough. The games against Barcelona were tough as well as the final. It is difficult but let me say the final was very tough considering how it ended.

What was going through your mind when the final against Bayern Munich had to be decided on penalties?

Hmmm… Not easy because we all know penalties can go either way. I was a bit tensed when the final whistle was blown, but something still told me we will win.

Several of your African team mates like Drogba, Salomon Kalou are been linked with moves out of Chelsea, are you thinking in that direction also?

No. I am not thinking of leaving Chelsea now. I want to be a legend there. I have set two records since I joined the team – we won a league and cup double and now the Champions League.

I still have more years ahead of me to play for Chelsea and make more history. I want to be one of the club’s legends.

Drogba will be leaving Chelsea, what can you say about him and his departure?

Drogba is a world-class striker any day. He is a friend and brother. We will miss him greatly at Chelsea but we will cope without him because we have good strikers who can do well along with those who are coming in. We have a perfect team that will do better next season.

Chelsea have now given Roberto Di Matteo a two year contract as manager. What is your reaction to this?

I congratulate Roberto Di Matteo on his appointment. He truly deserved it.

I also commend the board (of Chelsea) for this decision which is very good and important for the team.

He has been around for a while and he turned around the fortunes of the club when almost everyone
had lost hope for us to win both the Champions League as well as the FA Cup.

Everybody at Chelsea loves and wants him. This will help him to do better next season.

With the contract and appointment issue over, he will settle down for the real job now. If he could achieve what he did in such a short time, I am sure next season we will achieve even more.

What has been the secret behind your glittering career?

Let me say God first. Then, hard work, determination and dedication to work.

You were left out of the Super Eagles by coach Stephen Keshi for the recent World Cup and Nations Cup qualifiers. How do you feel?

I wanted to play those games but since I was not called up, I can’t play. No bad feeling towards the coach. I am sure he will call me in subsequent games.

What can you say about Keshi?

He is a good coach and what he is doing now is great. Giving chance to home based player is a good idea, to give them encouragement and sense of belonging. I am sure we will be great under him. People should just be patient with the team.

Most Nigerians always question your patriotism?

(He cuts in)I always felt bad whenever people raise this issue. I can’t play whenever I am injured. I always say it that I am fully ready for Nigeria anytime I am called upon. Nigeria made me who I am today and how can I turn my back on the country when it needs my service. I am a patriotic Nigerian.

Will Nigeria make it to 2014 World Cup in Brazil?

Yes. We are leading the table right now and I am very sure we will be there till the end of the qualifiers.

The team is doing well and I see no team stopping us from reaching Brazil 2014.

After winning Champions League, what are your next targets?

For Chelsea I want to keep winning every season, but the next trophy I want now is FIFA Club World Cup.

For my country, I want to win Africa Cup of Nations from the next edition and also win the World Cup.

Do you think Nigeria could win the World Cup soon?

Yes, we can. We have the quality on the pitch and on the bench. All we need is get some things right especially our preparations and pray for a little bit of luck. We can win in 2014. We won the Olympics in 1996 when nobody gave Nigeria chance.

When has been the most trying period of your career?

I don’t have trying periods. I only have periods where I face challenges. Those challenges made me to become a better player.

You launched a foundation recently. What informed such a decision?

I was not born with silver spoon so I know the pains of many Nigerians. I decided to give back to my country part of the blessings God gave me. I want to help the less privileged in my country and bring succour within my capacity.

I know that a lot of people, kids and old ones, are suffering. I want to help them in my own way since God has blessed me. 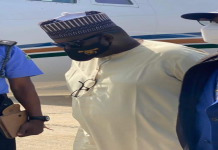 Maina Bail Request To Evade Arrest, Flee To US – EFCC 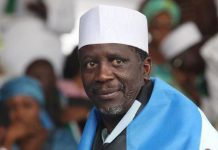