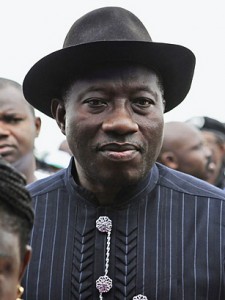 President Goodluck Jonathan has sent a letter to the Senate, asking it to approve the renaming of the University of Lagos.
Jonathan’s letter conveying the request was read on the floor of the Senate at the commencement of plenary by Senate President, David Mark.

The president’s request comes on the heels of public disapproval and protests over his renaming of UNILAG on May 29, 2012.

UNILAG students reacted to the renaming by embarking on three days of street protests.

The students have also sued Jonathan over the name change while the alumni association of the institution has declared the renaming as unacceptable.