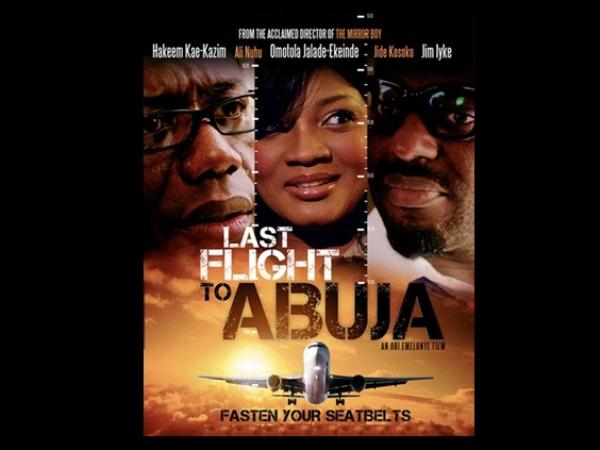 Obi Emelonye, the producer of the award winning movie ‘Mirror Boy’ has dedicated the premiere of his aviation inspired film “Last flight to Abuja” to the victims of the Dana Air crash
The premiere will take place on June 8, 2012 in London at the Troxy Cinema and will commence by 9pm. Activities lined up for the event include an interactive session between some casts of the film like Omotola Jalade-Ekehinde , Hakeem Kae-Kazim and Jim Iyke and the audience.
A statement was made by the organizers as regards the film and its coincidence with the June 3rd plane crash.
‘It is quite unfortunate that the plane crash occurred before the premiere of the movie. The movie is dedicated to all who lost their lives in the two ill fated crashes that involved Allied Air and Dana Air in Accra and Lagos.’
The organizers further disclosed their feelings and the impact the crashes made on them.
‘ The movie is to express our solidarity with the feelings of everyone affected by both tragic events, especially those who have lost their loved ones. A minute silence will be observed before the film screens and the movie will be used as an advocacy tool to highlight the issues of air safety in Nigeria and Africa at large.’
‘Last flight to Abuja’ was inspired by the series of plane crash tragedies that rocked the Nigerian aviation sector in 2006.
By Adaeze