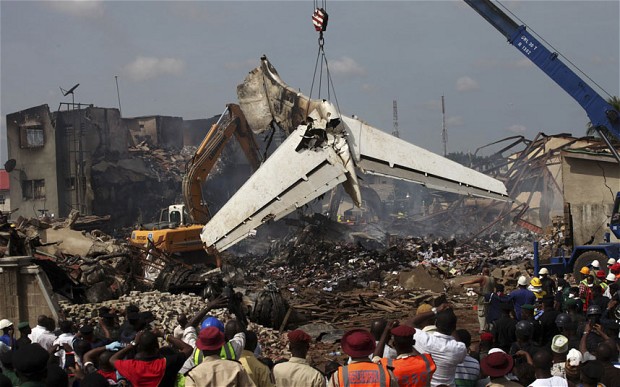 The Nigerian civil aviation authority has withdrawn the operational license of the Dana Airlines after one of its aircraft crashed on Sunday in the  densely populated Iju area of Lagos.

“We have suspended their operational licence in the aftermath of the crash.

“We have to look at their entire practice. … They won’t fly again until their re-certification is carried out,” Nigerian Civil Aviation Authority spokesman Sam Adurogboye told AFP.

Adurogboye said that the move was made Monday.

DANA air flight 992 was flying from Abuja to Lagos when it crashed into a residential building and burst into flames, killing all 153 people on board, and an unknown number of people on the ground.

The Nigerian Civil Aviation Authority says it will examine the entire operations of the Indian-owned Dana Air.

A thorough investigation into the cause of the plane crash is under way.