Pastor Sign Fireman of Perfect Christianity Ministry, Surulere’s claim that he has healed Enebeli Elebuwa was debunked during the week as WG investigation revealed that the ailing actor is still lying critically ill in an hospital in Abuja.

Last weekend, Sign Fireman released a video on You tube which showed the ailing veteran actor taking steps with the man of God. But reacting to the purported healing when contacted by WG, the actor said contrary to the man of God’s claim as showed in the video which he released on You tube, his condition has not changed.

Though he admitted visiting the church as well as receiving prayers from Fireman, Elebuwa insisted that his conditions didn’t improve as claimed by the controversial pastor.

He said: “If he claims that he has healed me, I leave everything to God. I was in his church and he prayed for me but my condition did not improve.” In the video released last week, Freeman claimed that Enebeli was already healed and that in a matter of days he would be fully back on his feet.

The veteran actor is currently receiving treatment at the Abuja National Hospital. He needs the prayers and support of well-meaning Nigerians to get back to his feet again.  Enebeli was struck by stroke late last year.  Enebeli has been sick for more than a year now and he has been taking from different hospitals in Lagos and Abuja. 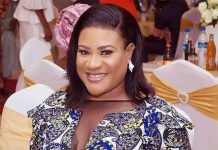