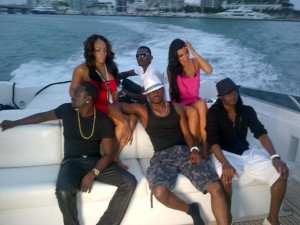 Not many people would come out to reveal their sex experience but for this sensational singing duo, it’s a different case indeed as they recently revealed their early involvement with sex.

They claimed to first know what sex was at 14 and 15-years respectively. As for Peter, “I had my first experience in 1993 at the age of 14. At first, I felt terrible that I let a woman seduce me. Later, I realised that it didn’t matter and I enjoyed it.”

Paul had this to say, “for me, it was 1994 and I was 15 at the time. The first time was kind of strange. I thought the poor girl would get pregnant immediately and I’d become a father.

“As the thought of what we had done raced through my head, I became afraid, but felt better when I realised I had used a condom.”