And after her diary session with Biggie where she said this: ‘I thank God for my mind and my heart and the grace God has given me to be able to see certain things. Someone who really cares for you never count how many times they’ve been nice to you so on that note, you don’t really care about me”  , Goldie declared she wanted to leave the Big Brother house.

She continued by saying this to herself : I can’t afford this type of thing, I’m going home. Everybody will be disappointed but I can’t. Everybody is strange but I’m even stranger” .

Everyone has been on the same question of what really is wrong with our Nigerian representative at the Big Brother Africa star game. It has been heavily noticed that Goldie talks a lot to herself, and doesn’t speak well of her as she scares everyone with that very rare and weird attitude. 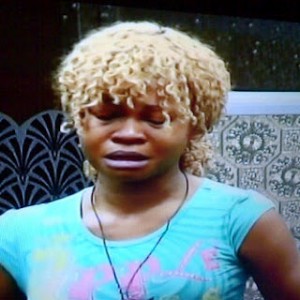