These two as the world knows are dating two best friends and at the last social gathering there was an uproar on how uncomfortable Jayz was at the way Kim was treated by Beyonce.

Now it seems the story of hostility to one another has changed as these two ladies were spotted hanging out, dancing, sharing laughs and cheering on their men at the Watch the Throne concert in Birmingham UK last night, and this is the first time that they’ve been spotted hanging out together since Kim started dating Kanye West.

On twitter hell seem to have gotten loose as everyone seem to be crucifying Beyonce for such acts. 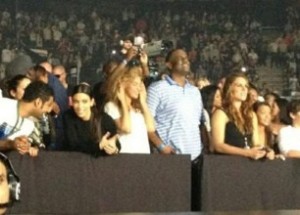 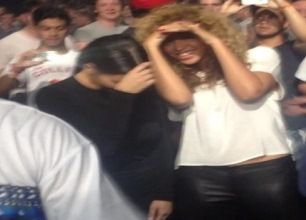 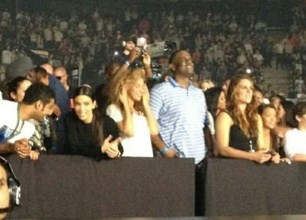 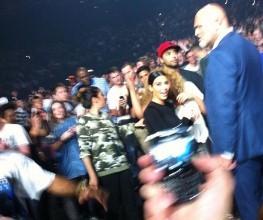