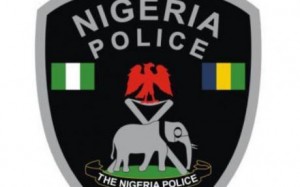 The Kogi State Police Command has paraded seven persons for allegedly posing as bishop, pastors and prophets during a revival programme in Lokoja, capital of Kogi State.

Parading the suspects in Lokoja,the State Commissioner of Police, Muhammad Kastina said the conmen who pretended to be pastors were apprehended while conducting ‘deliverance’ for people during a revival programme organised by one of them in Lokoja.

He said that Bishop Bamidele who is the pastor  of Eagle Kingdom church in Lokoja contacted Pastor Chuks and others from Port Harcourt, to assist him in raising money for his book launch.

He added that Chucks  who was an expert in deceiving people, came to the ancient city with his team who would act as  mermaid, deaf and dumb persons  during the revival, in order to win the sympathy of those who attend the programme.

The police boss explained that they acted upon receiving a complaint from one of the participants of the revival who was not comfortable with the manner in which the deliverance was being carried out and people were being asked to commit money  to the book launch of the host pastor, Bishop Bamidele Abraham.

In a brief interview with newsmen,’Pastor’ Chucks said that what they did was an exhibition of their talents insisting that every profession had its own way of survival.

He said that what happened was not robbery, but pure professionalism, stressing that every profession, whether police, lawyers or even journalists  had their own way of surviving.

According to him, “what I did is pure business and survival instinct”.

Osita Chukwu who posed  as a mermaid said she was promised N16, 000,even as she disclosed that  she was only given N1, 000,with assurance that she would collect the balance after the  programme.