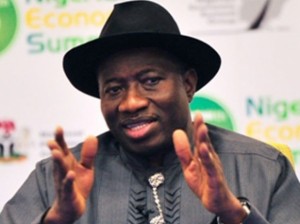 President Jonathan’s trip to Brazil amidst bloody violence that claimed hundreds of lives in Northern Nigeria has provoked outrage from the public and attracted condemnation from the House of Representatives and Opposition Parties.

Jonathan on Monday travelled to Brazil to attend the United Nations conference on climate change, leaving behind the massacre of hundreds innocent Nigerians in kaduna and Yobe.

Opposition party ACN said Jonathan going ahead with the trip is a sign of incompetence and confused leadership.

Legislators on Wednesday said that the President’s trip to Brazil was an abdication of duty.

Members of the House of Representatives  stated this while debating a motion sponsored by Rep Yakubu Barde (PDP, Kaduna) who came under matters of urgent national importance over the Sunday bombings of three churches in Kaduna State and the reprisal attacks that followed.

The House of Representatives also said the President could have delegated the trip to Vice-President Namadi Sambo or any of his senior aides since the trip was “not special or of economic interest.”

“A trip like that could have been delegated by Mr. President so that he can stay at home to take charge of security. We know that security agencies are supposed to do their job, but we cannot afford to compromise security. If our security is compromised, it is a failure of governance.” Zakari Mohammed, the spokesman for the House said.

The members of the House of Representatives unanimously voted summoning President Jonathan to come back home from Brazil. The House resolution invited the President and the security chiefs to address the House at a closed-door session on the insecurity situation in the country.

Congress for Progressive Change (CPC), Action Congress of Nigeria (ACN) and the All Nigeria Peoples Party (ANPP) also condemned the President Jonathan for embarking on the Brazil trip while Yobe and Kaduna States when dozens of Nigerians were being killed and maimed.

“We are constrained to ask whether this President is getting quality advice from a myriad of aides surrounding him, or whether, like his benefactor, Olusegun Obasanjo, he has decided he may not even take any advice from his advisers. In other climes, the usual thing is for leaders to cancel foreign trips or rush home from such trips when their countries suffer tragedies,” the ACN said.

The Senate said Jonathan trip was in order since he would need to honour international commitments.

Spokesman for the upper legislative chamber, Senator Eyinnaya Abaribe, said it was not the business of the Senate to determine whether Jonathan travelled or not since the Executive and legislature are different arms of government.