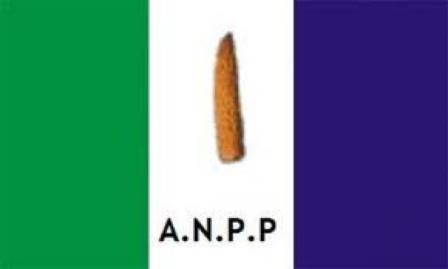 The incident which took place around 8.30 pm was witnessed by the wife of the deceased who had gone to pick him up at the airport. She was however, not harmed. Their son, Mr. Caleb Nwaofu, who is a lawyer, has confirmed the incident. He says that it could be a case of assassination as his father had been receiving threat messages in recent times. The killers were also reported to have made away with an undisclosed amount of money.

The Rivers State Police command’s spokesman, Mr. Ben Ugwuegbulam has also confirmed the killing; however, he could not say authoritatively the identity of the deceased. According to him, “I know of the death of one Elder Julius Nwaofu, but I don’t know if he is the Chairman of the ANPP”.

Meanwhile, the Action Congress of Nigeria (ACN) in the state has criticized heavily this development, calling for a comprehensive investigation into the matter.