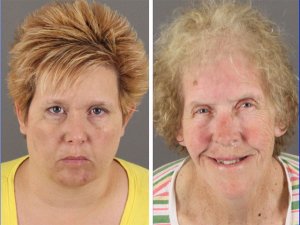 A United States mother and daughter have been arrested for helping Nigerian “Yahoo Boys” defraud victims of more than $1 million in a dating scam spanning three years.

An indictment from the Colorado Attorney General accuses Tracy and Karen Vasseur of being part of a “Nigerian internet romance scam” involving people pretending to be military members serving in Afghanistan.

The fake soldiers would start relationships with women then ask for money for travel and other expenses.

Tracy, 41, and her mother, Karen, 73, live in Brighton. They allegedly tricked women into relationships and accepted payments via wire over a three-year period.
The indictment claims the Vasseurs took a percentage of the stolen money and then wired the remaining money to associates in Nigeria.

The Vasseurs allegedly established 20 personal and business bank accounts at 11 local banks for the purposes of laundering stolen money. The business was listed under the name A-Team Distributions Inc. and KKJ Services.

As part of the scheme, Tracy also allegedly used her 16-year-old daughter to fraudulently receive stolen money and then wire it to Nigeria.

Investigators believe there are 374 victims in the United States and from 40 other countries.