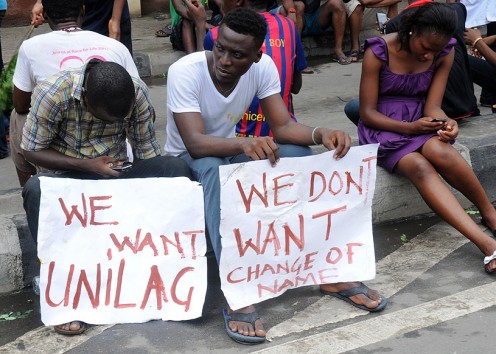 For the students of the University of Lagos and others who are against the renaming of the institution by the president, the first signs of hope appeared on Monday, 25th June, 2012, when a Federal High Court sitting in Lagos granted an interim order restraining the Federal Government from renaming the institution.

The order was granted by Justice Stephen Adah. The case was brought by the students and alumni of the University of Lagos against UNILAG, the UNILAG Governing Council, the UNILAG Senate, the Attorney-General of the Federation and the National Assembly.

The justice, meanwhile, has adjourned the case until 4th of July for further hearing.

This development is coming less than 24 hours after President Goodluck Jonathan defended his decision and approach to renaming the institution after the late MKO Abiola. According to the president, “What we did, was the normal procedure”. And he went further to compare his method to a situation of declaring a state of emergency in a region, with the order taking immediate effect, before the proper paper work can be taken at the house. Nigerians might want to ask: how does renaming an institution in honour of an individual compare to declaring a state of emergency?