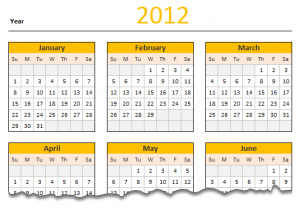 As a thief in the night – and as is the case with many things in Nigeria – the first half of the year, 2012 has come and gone and most people will agree that it has been a most dramatic first half indeed. The year had opened with the removal of fuel subsidy by the government, promising Nigerians a lot of goodies in return. Of course, Nigerians’ protests against that move, knowing it for what it is, – a sham – barely lasted two weeks. But the aftermath of the experience is still very much with us.

In fact, so much is the aftermath of the FSR still with us that, when the government, in the same style and manner decided to increase the electricity tariff on the first day of the last month of the first half of the year (confused?), no one cared to protest!

Perhaps we are already enjoying the benefits of the Fuel Subsidy Removal and that is why Nigerian saw no need to protest the increase in electricity tariff. Or perhaps the bills are not yet coming in? And, maybe the electricity supply has improved. Remember the Professor Barth Nnaji (Minister of Power) once said that our electricity woes are partly because the water level in our dams is low. And guess what? It’s been raining heavily these days! So, maybe electricity supply has equally improved.

As we commence the second half of the year, what do you think of how the government has fared so far, in terms of reaching out to the citizens? Since that is supposed to be their primary responsibilities there.